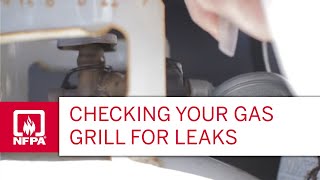 'Tis the season to keep grilling fire safety in mind

7 Things to do to Prepare for Hurricane Season

What is Collision Coverage?

What is Uninsured/Underinsured Motorist Coverage?

What is Comprehensive Coverage?

What if I don't have Proper Coverage?

What Insurance do I have to Buy? 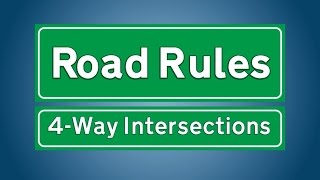 There are many well-known potential fire hazards in the home: candles, hair dryers, and leaving the stove unattended are just of a few things that can bring on a blaze.

But there might be more risks in your home and daily routine than you think. Here are some surprising everyday appliances and habits that could put you at risk of a fire.

The NYPD 33rd Precinct recently warned people, in a viral tweet, not to leave their phones under a pillow when sleeping or charging the device overnight, as the phone can overheat:

This wasn't an isolated incident, either. In summer 2014, a teenager in Texas woke up to a "smoldering cell phone on the other side of her pillow," reported local news stationFOX 4 News. She told FOX 4 News that the phone, which was a Samsung Galaxy S4, got under the pillow while she slept and started burning in the middle of the night. The teen woke up to the smell of burning.

Regardless, it's probably best not to sleep with your phone.

2. Connecting extension cords to each other

Harry J. Oster, a senior fire and life safety specialist at Columbia University, warned in auniversity newsletter not to "daisy chain" your power strips, which is connecting one strip into another.

"Connecting cords overloads them, which can cause a short circuit that can result in a fire," Lorraine Carli, vice president of outreach and advocacy at the National Fire Protection Association (NFPA), told Good Housekeeping in an interview. "If you need more outlets, seek a qualified electrician to install some."

As the NFPA noted in a piece about the dangers of hoarding, "clutter interferes with basic activities such as cooking, cleaning, and even sleeping in a bed." But even if you're not a hoarder, you still put yourself at risk of a fire by cooking in a messy kitchen. A 2012 report from the U.S. Consumer Product Safety Commission (CPSC) and the U.S. Fire Administration (USFA) found that kitchens were the number one place where fires started in the home, and cooking equipment was the top cause for fires.

"Paper towels, pot holders, recipe cards: They're all sitting near your stovetop, ready to ignite," Mary Kate Frank wrote in a piece for This Old House magazine. "Keep a 3-foot zone between combustible materials and the burners. And, of course, never leave cooking unattended."

Mike Allendorf, a fire marshal, told USA Today that space heater danger can arise because people let their guard down around them. Someone might throw clothing or other items too close to the space heater and it can cause a fire, he said. He also said many people tend to keep space heaters on at night while they sleep and that this habit creates a very high mortality rate with the household appliances.